Responding to Moments of Failure in Ministry

Few experiences are truly universal—guaranteed to be experienced by every person on earth. It’s possible that there only three: birth, death, and failure. Everybody is born. Everyone will eventually die. And everybody fails. Whatever endeavor you might be working toward, there will inevitably be moments of failure along the way. The question, then, becomes what you’ll do after.

In the culture of the United States, failure is a blemish—a red line on our permanent record, reminding us forever that we failed. I found evidence of this in my attempt to report this story. My search for stories of failure in youth and family ministry was ignored by the vast majority of leaders I reached out to. Failure, it seems, was a subject most weren’t interested in broaching.

But we need failure. Failure is part of life, a necessary step in our growth. The important part of failure—as thousands of inspirational quotes will tell you—is that it doesn’t represent an end, only an opportunity. Learn, and move on. Failure is a benchmark you pass on the way to success. It’s a cliché, but clichés only exist because they are, in some way, true.

And so, in the spirit of success and failure, here are three stories from three pastors and church leaders about how they’ve failed, what they’ve learned, and how they went on to succeed. 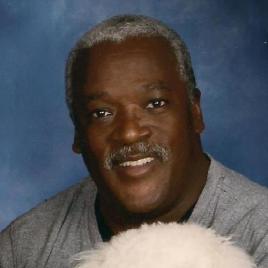 Pastor Tim Taylor wanted to teach his youth about hunger and food insecurity. His church in North Carolina was in an affluent neighborhood, and “the youth were not well-versed” with justice issues around food. So, Taylor planned a retreat focused around the matter. He tells the story:

“As a part of the retreat, the Friday evening meal was a meager offering of rice and beans and water. The kids were not happy with this offering and complained that they were hungry and wanted to go out for food. As the lesson went on that evening, it became clear to me that neither the youth or the adult advisers were understanding the point of the retreat.

“I was called out of the retreat later that night for a pastoral emergency, and while I was away the adult leaders allowed the youth to walk to a local late-night convenience store for food without supervision. On the way to or back from their food run, the youth did several thousand dollars’ worth of damage to the camp that we were using. And the adult advisers went to bed leaving the kids completely unsupervised until after I returned after 11 p.m.”

How did retreat attendees explain this behavior? Taylor heard the defense from adult supervisors that the kids were angry because they were hungry. Taylor says he was told that “I should not take kids on a weekend and not feed them.”

Food justice lessons are crucial for young people to comprehend, and Pastor Taylor had brought his group together in an effort to teach this important lesson. He asked them to make a mild sacrifice—eat a little less—and the result was vandalism and outrage. So, what did he learn?

The first lesson: Don’t blame the youth. “This weekend taught me that for all future events, I would select adult leaders who had better training in youth ministry.” This includes bringing adults who are part an event into the planning for that event. This helps ensure that all the adults understand the expectations and why the event unfolds as it does.

Pastor Taylor did repeat his hunger retreat (at a different church). When future retreats were held, he sent home clear instructions for parents and gave everyone an option to opt out based on the diet restrictions for the weekend.

His takeaway: “Failure is a growth opportunity that can lead to success on your next try. Ideas that may have bombed at one time with a particular group may turn out to be a great event the next time it is presented. Just be genuine and prepared. And if it fails, step back and see how it could have been different.” 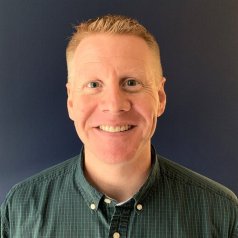 Erik Ullestad, director of youth and music at Capitol Hill Lutheran Church in Des Moines, Iowa, wanted to start a Lenten Bible study. Seasonal gatherings are common efforts among youth leaders, and the drive to get young people together, whether for intense study or for socializing, is a primary element of youth and family ministry.

At Capitol Hill Lutheran, the objective was simple. Create an opportunity for high school students to gather on Wednesday nights to hang out with peers, talk about life and Lent and—perhaps most appealingly—get a free meal.

“It would to be 90 minutes tops,” Ullestad said. “I did all the usual promotion and recruiting, but nobody showed up.”

And by nobody, Ullestad means nobody. Scheduling conflicts were the primary issue, but those few who were free on Wednesdays didn’t want to come if their peers weren’t also going to be participating.

In the aftermath of an empty room, Ullestad reflected on what went wrong. “I learned that great program ideas and tenacious promotion don’t guarantee success,” he said.

His takeaway: Include participants in the early conversations, and avoid making assumptions about the time and interest of youth. “I learned that I should ask young people what they want and what they can commit to before moving forward with a new initiative.” In other words, just because you build it, does not mean they’ll come.

Michelle Collins was the director of faith formation at Advent Lutheran Church in Melbourne, Florida, when she attempted to create a monthly intergenerational experience. These Generations in Faith Together (GIFT) Sundays were meant to provide opportunities for adults, children, youth and families to “intentionally gather for learning together.”

“We worked together to design and execute a brief worship service each month, with different groups designing different parts of the service,” Collins explains. The program was intricately designed. The children would create prayers, the youth would do a skit or sermon-style element and adults would lead opening and closing liturgy pieces.

The GIFT Sundays ran for several months, but they failed to gather much interest or support in the congregation. “Those were low-attendance Sundays by both youth and adults.  Adults who would normally attend a Bible study during that time would not attend on GIFT Sundays. Youth who might normally attend youth group on those Sundays would not attend on GIFT Sundays.”  Rather than provide time for intergenerational worship, the GIFT program became an interference from the preferred routines of the church’s adults and youth. Collins adds, “Adults did not want to give up their weekly Bible study.”

The failure of GIFT Sundays at Advent Lutheran provided many lessons to Collins. It was a highly designed program that required intergenerational support and participation. If any of the age groups didn’t commit, the whole thing wouldn’t work. Collins, reflecting on the experience, summed it up this way: “Just because an idea works in my head, and has the theological and practical support from theories and experts, does not mean it will work.”

Her takeaway: Intergenerational faith formation is crucial, but it will only work with the support of all parties. “This commitment has to be shared by more than just the youth and family ministry leaders. Key leadership across the congregation—council, pastors, men’s/women’s group leaders, adult fellowship/study groups, traditional and contemporary worship coordinators—need to also be committed and invested in intentional intergenerational faith formation.”

The above stories are practical failures—strategic errors, perhaps, that could have been avoided with different approaches, better training or more comprehensive planning. And while each of these church leaders has a long record of success, few traits characterize great leadership better than a willingness to admit and reckon with one’s failures.

Given an opportunity to pass on a final thought on failure in ministry, Collins, Taylor and Ullestad all echoed the same point: You can’t succeed without. Or, as Erik Ullestad succinctly put it: “I can’t think of any youth ministry success I’ve been a part of that didn’t come as a result of a previous failure.”